What do you think you’re good at?  A lot of people don’t really know, let along how and when they apply their strengths.  And reading some articles about strengths it would be understandable if you came away thinking that strengths are always good to use!  I certainly have.  There tends to be an indirect message that it’s good to maximise strengths.

So what do strength traps look like?  I’m going to concentrate on three types of traps – there could easily be more!  Remember these traps don’t broadcast themselves, or have a thought-nudger ‘be careful now, a strength trap is just about to be released’. 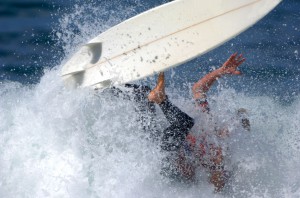 It is so easy to fall into one of these traps, very innocently too.  And some behaviours linked to certain strengths may be interpreted differently depending on who is behaving in that way, in what circumstances and how often.  For instance,

–  quite often women are ‘accused’ of being aggressive, when the same behaviour by a man would be seen as assertive

Notice how much different people’s thinking affect how the behaviour is interpreted.  This influences what I suggest are two possible avenues to take regarding these traps:

State of mind comes into play.  When you are in a good state of mind you have a good chance that your mind will be quiet enough for you to notice insight you have (and such an insight can lead to new thinking and, with any effort, new behaviour).  If your brain is unsettled and/or working at top revs, wait until you are in a calmer place – you are far more likely to have and notice your insights.

Welcome to the ‘Valuing People’ blog


I'm Helen Harrison, My blog covers all matters about core values and how to work with them, be you a coach, consultant or trainer - and, of course, for yourself!
Having worked in the private sector in human resources (HR), and as a director within an international public company, I found that adding values into any work issue added a positive dimension to the discussion.